El Tablon beach in Sosua was once one of the most important beaches in this town, during the height of the tourism boom during the mid 1980’s and 1990s. Then, the area right in front of the beach got occupied by homeless people.

This created a difficult situation for the flagship resort called Sand Castle, which had to close its doors permanently. Then, in 2011 the families were transferred to new condos built in a new neighborhood called Villa Liberacion.

Today, the area is home to the Sosua fishermen, who take care of the surroundings and have an office and fish store. The Sosua fishermen association provides fresh catch everyday around 10:00am when the boats are returning from their daily adventures into open ocean.

A lineup of boats can be seen every morning departing early with the rising sun, and returning about 4 hours later with the catch of the day: Wahoo, Mahi Mahi, Red Snapper, Tuna, and other Atlantic Ocean species tourists and locals enjoy.

Sneaking its way down from Bella Vista, the Sosua River runs through Sosua Abajo, Maranatha and Bella Vista itself, to embrace the ocean at El Tablon Beach. This beach is inside a cove, flanked by the remnants of the Sand Castle resort on the left, and the clifftop neighborhood of La Piedra, another settlement by homeless people that was the reason the resort closed its doors.

El Tablon Beach is a sandy bank between the Sosua River and the Atlantic Ocean, with the river as a gateway for the boats, running on the right border. The beach extends for about 275m (829.1ft) in a scimitar shape, and has a maximum width of 76.74 m (251.77 ft) depending on sea conditions. 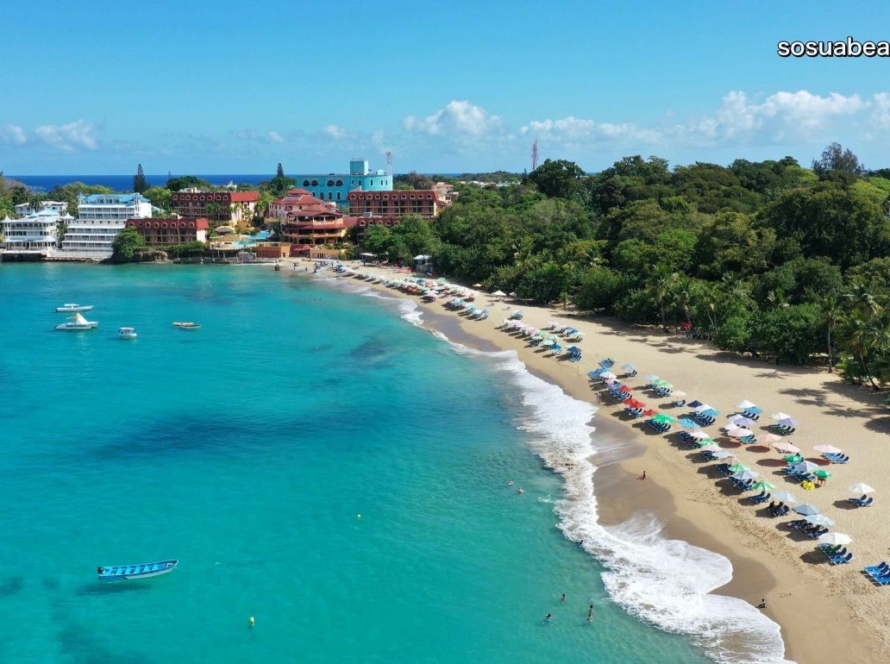 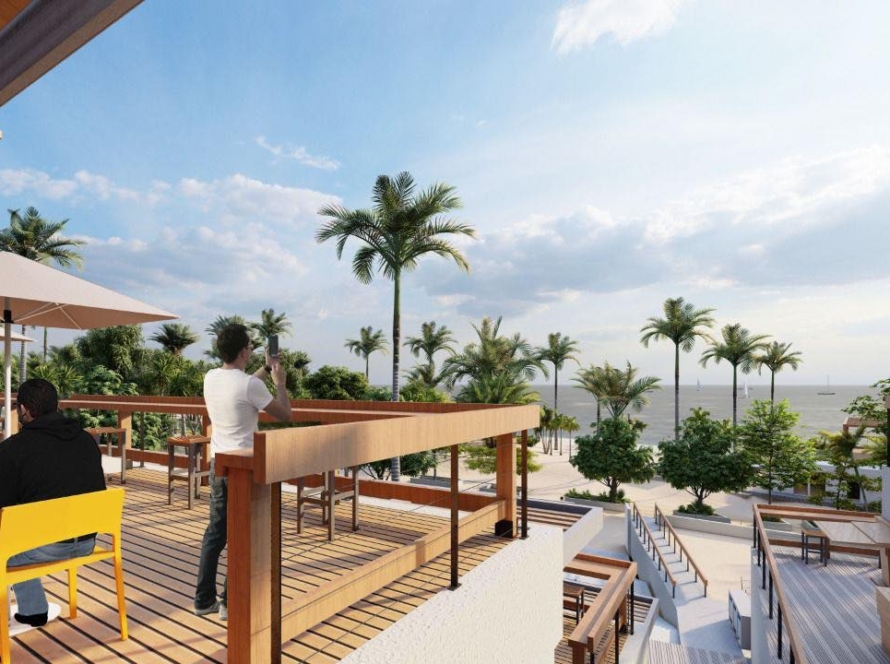