Sosua beach 360 degrees show an aerial perspective of Alicia and Sosua beaches, also the heart of El Batey district, the center of town. This iconic destination of Puerto Plata has a rich historic past, as it was the only safe haven for Jewish people fleeing Nazi persecution during the late 1930s. Sosua was originally a plantation field, its bay still bearing the old mooring pillars that have slowly disappeared under the golden sands.

After an international conference in Evian, France in 1940 the first ship with Jews arrived, to become the first settlers of Sosua. Some of the old buildings are still intact as shown in the Sosua beach 360 photo, including the original synagogue ever built here. Landmarks such as Casa Marina beach, the softball field, La Puntilla, Charamicos country club and the deep blue Sosua Bay dominate the vistas. The history of Sosua is a testament to the wonderful people of the Dominican Republic, who welcomed them in their hardest moments.

Today, these beaches offer a great escape to thousands of visitors that come each year to relax in its waters, and enjoy the scenic views and clean Caribbean breeze. Several resorts line the coast, and lately an abundant number of private villa rentals with deluxe options such as chef, driver and yacht charters. Nearby Puerto Plata also has its own share of exotic beaches and great places to visit. The North Coast of the Dominican Republic is the pioneer all-inclusive destination, the very first to be established in the island during the 1980’s.

Brought to you by Sosua Catamaran Charters. 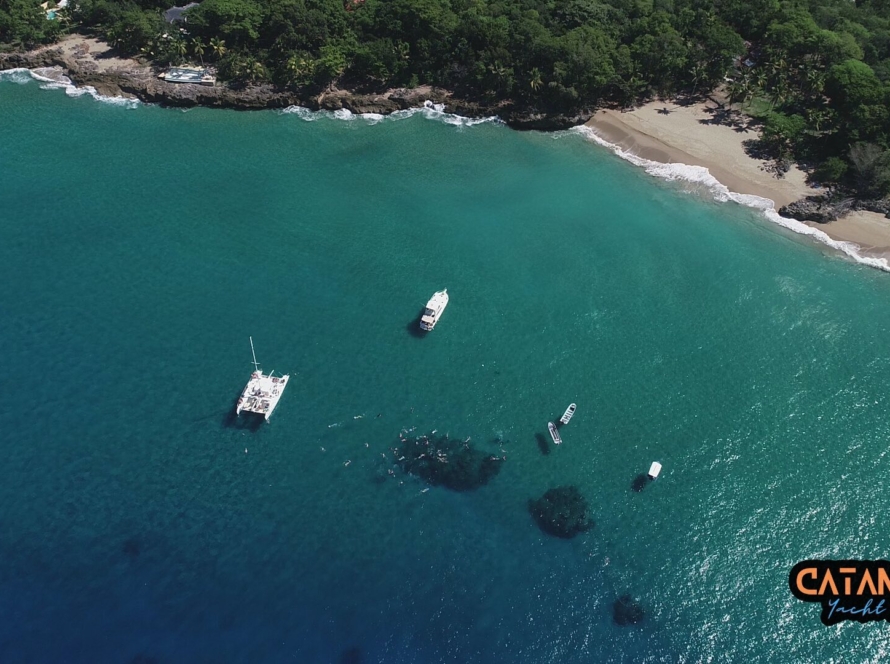 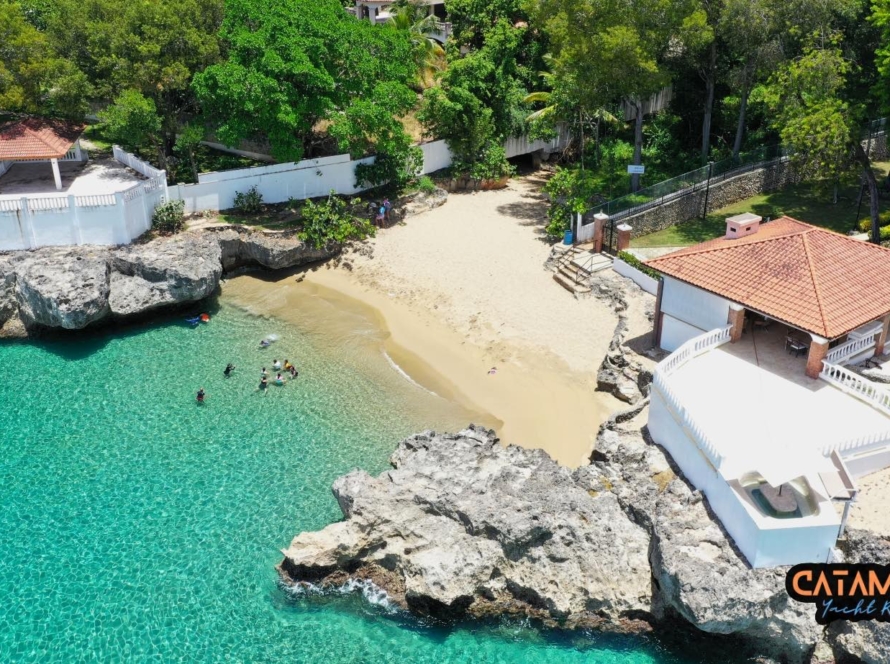